LOVE THE SOUND OF $10K IN FREE CHILD CARE?

The ins and outs of preschool

The ins and outs of preschool

Library Home  >  Preschool & Kindergarten
Published on Wednesday, 15 July 2020
You're reading The ins and outs of preschool
Sick of searching for child care? Then stop! Sign up for Vacancy Alert It's quick, easy and freeGet Started

Preschool is a place for young children to gain knowledge, learn skills, make friends and prepare for the big transition to school.

Here we look at the different programs, costs and attendance rates found in preschools around the country.

How does preschool work?

Children usually go to preschool in the year of their fourth birthday, but there are preschool programs all over Australia and some states and territories provide preschool for three-year-olds too.

Preschools can also be known as kindergartens, and depending on where you live, they may be government-owned, community-run or managed by independent schools or private companies.

When it comes to cost, the Australian Government recognises the importance of preschool for children’s learning and development, and provides ‘top-up’ funding to the states and territories to ensure that a quality preschool program is available to all children in the year before they start school.

The National Partnership on Universal Access to Early Childhood Education,  ‘Aims to ensure that every child can participate in a quality preschool program for 600 hours in the year before school’ (that’s 15 hours per week) in ‘a form that meets the needs of children, parents and community, and at a cost that does not present a barrier to participation.’

This federal funding has been guaranteed until the end of 2021, and although it provides national consistency around hours, costs do vary between states and territories. Some preschools are free to attend, others charge fees, and some ask for a voluntary contribution from parents.

Raising Children Australia summarises the preschool approaches of different states and territories here, and to get a national perspective, let’s look at some preschool data from the Australian Bureau of Statistics (ABS).

What are the latest facts and figures around preschool?

The ABS has recently updated its 2019 statistics for Australian preschools, and here are some of the key takeaways from its data collection:

Participation in preschool has risen since 2018

There was a fairly even split between centre-based care and dedicated preschools, and a leaning towards non-government preschools

In summary, it’s good to see that so many Australian children are benefitting from a preschool education, and that a large number of them are paying low or no fees.

Data from the Australian Early Development Census indicates that, ‘Children who attend preschool are less likely to be developmentally vulnerable across all five developmental domains’ when they start school.

These domains relate to:

So, it’s important that all preschoolers can launch into a quality preschool program in the year before school, regardless of where they live or how much their family earns.

This child care article was last reviewed or updated on Wednesday, 11 November 2020 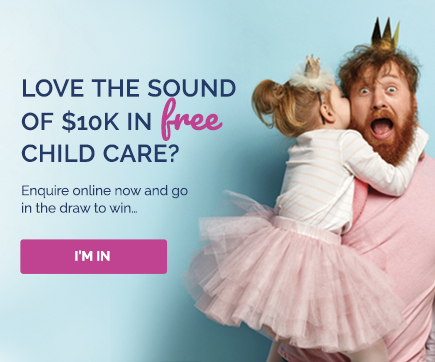 NEED MORE INFO? CHECK OUT OUR OTHER CATEGORIES

UNSURE ABOUT YOUR CHILD CARE OPTIONS?

GET THE CHILD CARE GUIDE

Get The Child Care Guide

The CareforKids.com.au Child Care Guide covers everything you need to know about early childhood education and care no matter what stage of the process you are at.

Family Tax Benefit PART A and PART B
What are your obligations when you employ a nanny?
An overview of out of school hours (OOSH) and vacation care
Parent / Babysitter Notes
Returning to Work - Things to Consider

Returning to Work - Things to Consider
What to do when you can't find child care?
The Great Waiting Game
The CareforKids.com.au Cost Widget
What Is High-Quality Child Care?