Library Home  >  Approaches to Early Childhood Education
Published on Monday, 05 December 2016
You're reading Professor Fiona Stanley - Children key to the future
SICK OF SEARCHING FOR CHILD CARE? THEN STOP! SIGN UP FOR VACANCY ALERT IT'S QUICK, EASY AND FREEGET STARTED 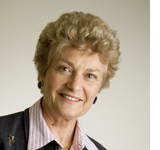 There is a whole lot more to the current debate about families and children in Australian society that people need to appreciate. It is more than just having a competent workforce for future prosperity and to support an increasing ageing population.

Of course, both of these are justification enough for providing the best environments we can for optimal early and continued development, health and wellbeing of children and young people. But what's often missed in the economic debate, is the social impact on the whole community of how well we raise our children.

They're not just our future workforce they're our future leaders, our artists, our innovators, our cultural custodians. They'll set the laws and decide what's acceptable and what's valuable – in other words, they'll shape the culture and society in which we live. It's not just good workers that we want – we need good thinkers, good carers, people who share our values – good solid citizens and future parents.

The link between how well most children develop and their future health, wellbeing and social participation is clearly demonstrated in all recent long-term studies of child development (such as the so-called 7 Up study in Britain, the Dunedin and Christchurch cohorts in New Zealand, and the Canadian Longitudinal Study of Children and Youth).

The messages here are very important for parents and governments alike – early environments that are nurturing and supportive of ordinary families improve children's outcomes at every level of achievement.

There is also evidence to show that improving the social and physical environments of the most disadvantaged people, i.e. those who have the poorest education and health, can be improved by intensive home support for their parents.

Even Nobel laureate economist James Heckman and others have shown that nothing is more cost effective as an investment for a society than investing in environments that encourage healthy brain development.

''If we have a dollar to invest, where do we place it to get the best return? All the evidence points to early intervention as having the highest success rate and therefore the best return for society,'' Heckman told a recent conference in Sydney.

The other aspects of the debate are the costs to society of not acknowledging these important pathways. By not investing effectively into ensuring the maximum number of children and young people reach their potential, we not only reduce the effective workforce, we also have to pay for them when they don't or can't participate.

We now have environmental impact statements in planning decisions for proposed developments, and social and environmental bottom lines for companies to judge their success.

I suggest that we need to have a family or child “impact assessment” to allow us to assess the impact of our plans and activities to enable (or disable) children and youth to flourish in our society.

We need to measure how civilising, just and socially sustainable our actions may be on our children, before we implement them, not afterwards when it is too late to do anything.

Let's think quite honestly about how much of our current policy, planning, and work practices would rate if they were subjected to child impact assessment. If the answer is that they would not do very well – that in reality children are rarely considered as a factor in decision making – then shouldn't we think about how those decisions are made? After all, we are all going to have to live with the consequences.

Professor Fiona Stanley was born in Sydney in 1946 and moved to Perth in 1956. She studied medicine at the University of Western Australia and practiced in hospitals for two years before going to the United Kingdom and USA for further training in epidemiology (the science of describing and explaining the occurrence of disease in populations), biostatistics and public health.

She is the founding Director of the Telethon Institute for Child Health Research since its establishment in 1990. The Institute is multi-disciplinary and researches prevention of major childhood illnesses. It currently has more than 350 employees and students.

Professor Stanley is also the Chief Executive Officer of the Australian Research Alliance for Children and Youth, a national organisation that was formally constituted in June 2002 with an agenda to improve the health and well-being of young Australians.

In 2003 Professor Stanley was Australian of the Year.

She is married to Professor Geoffrey Shellam. They have two daughters.

This child care article was last reviewed or updated on Monday, 05 August 2019

and Child Care Vacancy Alert tells you as soon as a space comes up in one of your favourites.

NEED MORE INFO? CHECK OUT OUR OTHER CATEGORIES

UNSURE ABOUT YOUR CHILD CARE OPTIONS?

GET THE CHILD CARE GUIDE

Get The Child Care Guide

The CareforKids.com.au Child Care Guide covers everything you need to know about early childhood education and care no matter what stage of the process you are at.

Family Tax Benefit PART A and PART B
What are your obligations when you employ a nanny?
An overview of out of school hours (OOSH) and vacation care
Parent / Babysitter Notes
Returning to Work - Things to Consider

What to do when you can't find child care?
The Great Waiting Game
The CareforKids.com.au Cost Widget
What Is High-Quality Child Care?
What is the best age to start child care?